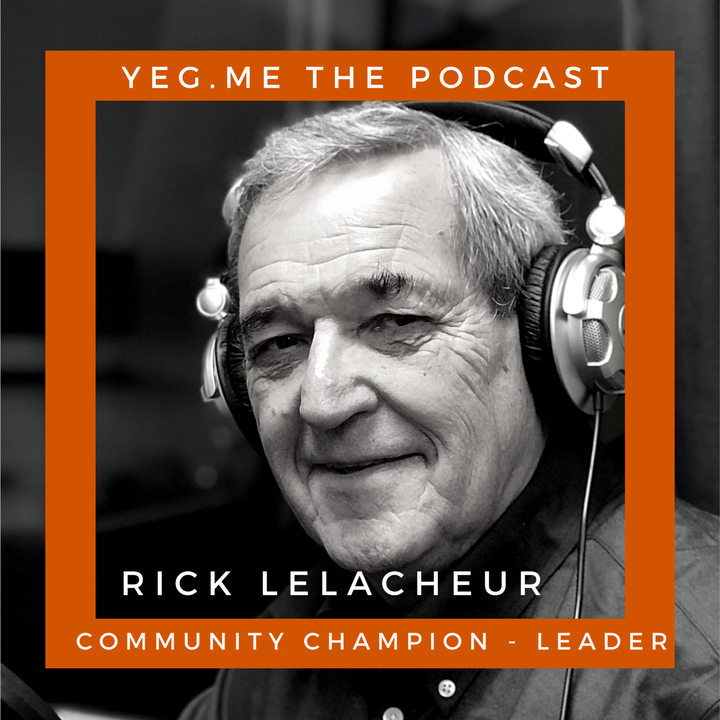 Host of the YEG Me podcast, Rob LeLacheur sat down with his dad Rick to discuss so many great Edmonton topics. Rick has had a front row seat or has been sitting at the table for many of Edmonton’s great events, organizations and companies.

He’s beginning his third year as team president of the BC Lions in 2020 bringing a wealth of business and professional sports experience to the role.

A native of Edmonton, Rick was formerly the president and CEO of the Edmonton Eskimos from 2002 to 2011. In that time, the Eskimos enjoyed two Grey Cup wins in 2003 and 2005 and hosted tremendously successful Grey Cup Festivals in 2002 and 2010. His duties in Edmonton also included serving as an alternate on the CFL Board of Governors as well as chairman of the CFL’s Audit Committee and a member of the league’s Executive Committee.

An accomplished business executive, Rick’s passion for sports dates back to his junior hockey days as a member of the Edmonton Oil Kings. When his playing days ended, he joined the family business Western Moving and Storage in 1967. He was named president in 1982 and served in that capacity until 1992 when the company was sold.

From 1992 to 1998, he served as president and CEO of Economic Development Edmonton (EDE). Skillfully building a vast network of influential business owners and volunteers, he played a critical role in Edmonton’s winning bid to host the incredibly successful 2001 World Championships in Athletics.

Rick’s highly-respected and influential business practices have been sought out numerous companies and an organizations. As a result, he’s spent time on a number of boards including a six-year term as chairman of Alberta’s Workers Compensation Board (WCB), Chair of Horse Racing Alberta and six years on the board of Travel Alberta, including a two-year term as chair.

He has also served on the boards of the Alberta Economic Development Authority, TELUS Corporation, Allied Van Lines Ltd and Prairie Land Corporation.

Rick and his wife, Joan Forge, reside in the Vancouver area. Together, they have three children and eight grandchildren.

We look forward to the day he returns to the YEG but will patiently wait while he is having some fun working in Vancouver.

So what is Yeg Me all about?

Edmonton is a great city and we wanted to connect with some Edmontonians to learn more about them and more importantly, some of their thoughts and insight about Edmonton (YEG).

So…what better way to do that than to host a podcast on said topic.

Yeg Me is sponsored in part by Road 55. If you or someone you know is looking to grow your business through marketing and strategy, please connect with Road 55.

The Podcasts were filmed in the Werkstatt Studio. You can learn more about the studio, located in the heart of the Ice District in Downtown Edmonton by going here: