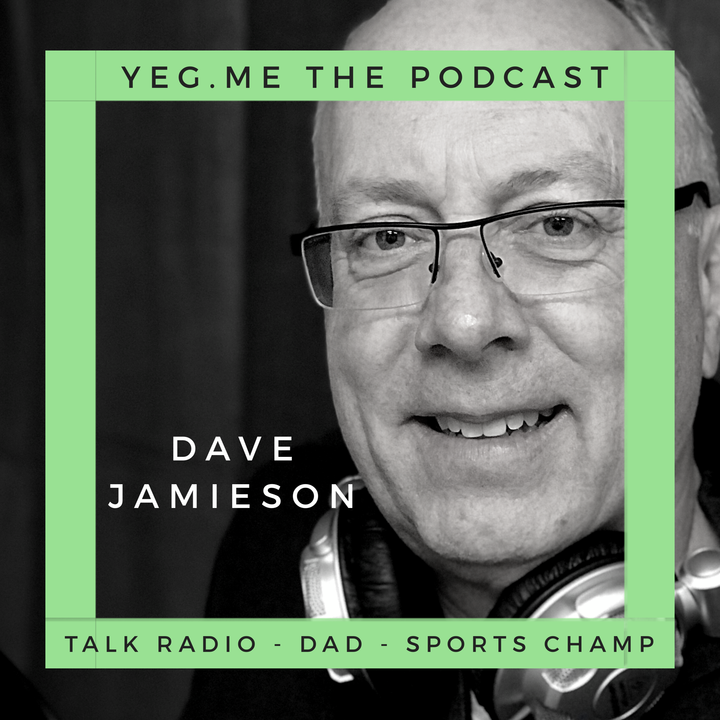 It was so great to sit down with Dave on the YEG Me podcast. He is a man of many talents!

He once put out a raging barbecue fire with nothing more than an old dish towel and a steely glance, and he now brings his unique and informed perspective on the world of sports to the airwaves of Edmonton.

He’s a former producer, broadcaster and program director at some of the biggest radio stations on the West Coast and in Edmonton, Dave originally hales from the soft streets of Vancouver and most recently spent 14 years as the Edmonton Eskimos Director of Marketing, Communications and Broadcast as well as President of the Edmonton Rush.

He’s no stranger to goings-on behind the scenes of professional sports including his own feelings of inadequacy in a locker room.

You can listen to Dave on TSN 1260 weekdays from noon to 2 pm and he might even allow you to weigh in once in a while as he entertains, bemuses and prevents younger, more talented radio talent from establishing themselves in the market.